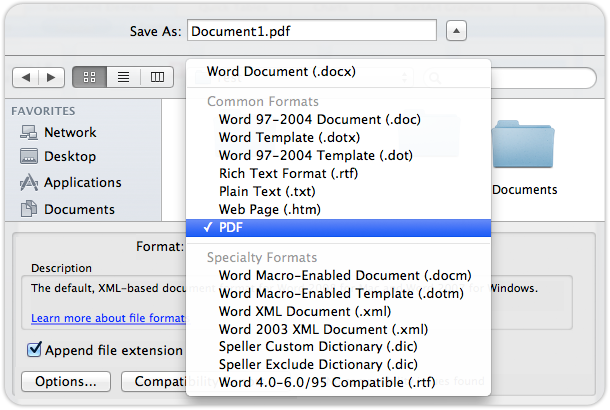 Save your source document as PDF file. 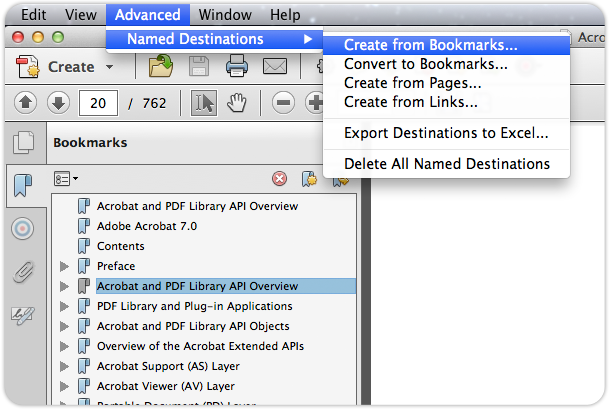 Validate PDF bookmarks according to the requirements. 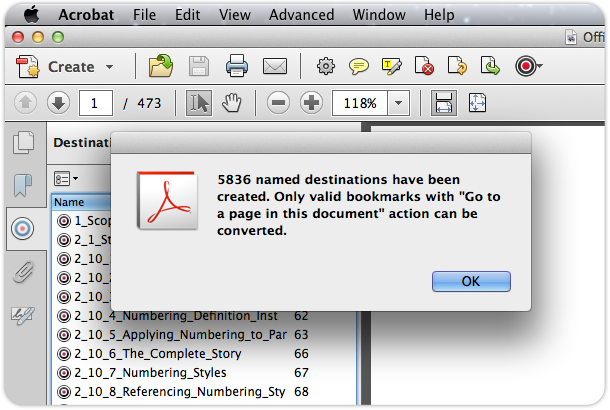 Acrobat batch processing can automate your tasks and save your time if you are working with multiple PDF documents. To do batch processing the user first builds a list of commands called a Batch Sequence. Acrobat includes a built-in list of common commands from which to choose. The PDF Destinator plug-in adds a new one called "Create Named Destinations". 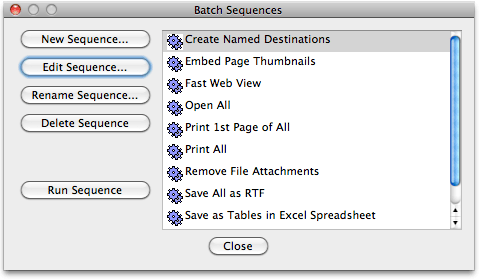 When the sequence is run, Acrobat applies the list of commands to each file it processes. It is possible to edit batch sequences. The files on which a Batch Process operates are opened one at a time. The complete list of commands in the Batch Sequence is applied to the opened file. It is then saved and closed before the next file is opened. 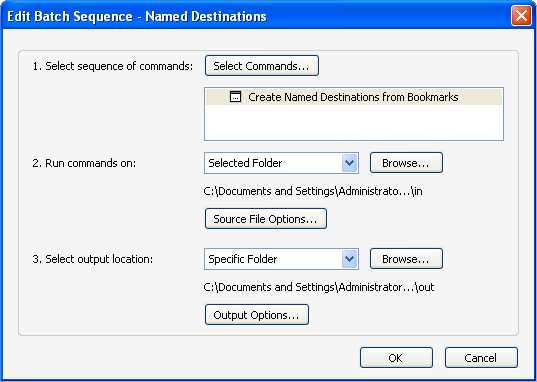 FAQ About PDF Destinator for Acrobat®

We accept credit cards (including MasterCard, Visa or American Express) via Paypal payment processing. Shopping is safer and easier with PayPal. You do not need to have an account to purchase, and all major credit cards are accepted. Your payment is transferred securely through PayPal. Your credit card and bank account numbers are never shared with online stores, and you're 100% protected. See more: Payments by PayPal.
If you are a business and would like to order by an purchase order (PO) or you need an invoice, please send us the following information:
A substantial 30% academic discount is offered to qualifying academic institutions.
The academic discount is available to students, faculty and staff of eligible education institutions. You should send a proof of eligibility to get the software. Email your proof of educational status to: info@grifir.com.